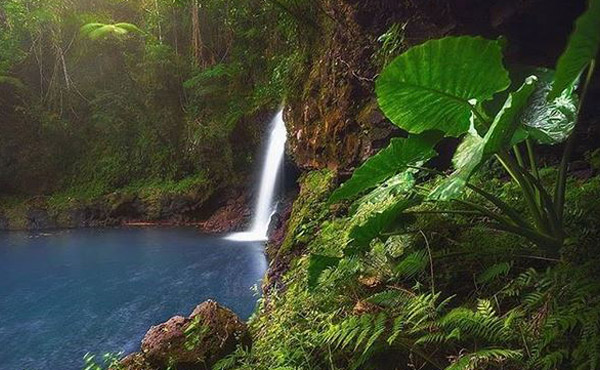 Samoa (not to be confused with American Samoa/Pago-Pago) are located 482 km east of Wallis and Futuna, close to the international date change line. Samoa includes the two large islands of Upolu and Savai’i as well as eight islets. Almost three-quarters of the population live on the main island of Upolu, where the capital, Apia, is also located.

Tourism is a growing sector, accounting for 25% of GDP. The vast majority of tourists come from New Zealand and Australia.

The structuring of Samoan tourism is based on a recurring increase in NZ flows (48% of visitors) as a result of the combined effects of direct-flight service, numerous frequencies, competitive pricing and aggressive promotional activity. Second, traffic from Australia accounts for 20% of annual flows.

Under community and family ties, the ultra-marine Samoan representation is estimated at 300,000 (mostly NZ and California). Traffic between US and SAMOA is mainly existing via the hub of AKL, NAN second, or even HNL (via Pago-Pago). In this context, we will participate in a strengthening of the road between APW and PPT in order to use Tahiti as a connecting hub for FLY CORALway.

FLY CORALway will be able to seek joint operation with SAMOA AIRWAYS to the EST region, giving access to the US and EU markets via the Tahiti mini-hub.