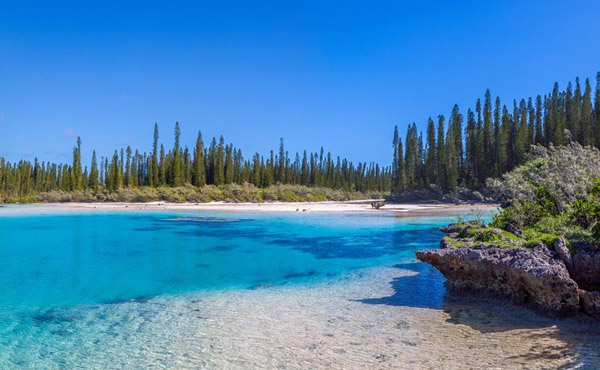 New Caledoniais located 2,100 km from Wallis and Futuna, 1,407 km east-northeast of Australia, 1,477 km north-northwest of New Zealand and Vanuatu is 539 km to the northeast.

The international airport has been managed by the CCI-NC since 1968 and handles 530,000 passengers per year: While Tourism is not the first ‘industry’ in a territory that has for decades benefited from significant revenues from its mining activities, the fact remains that a global reflection carried out by the Actors concerned by the emergence of said Tourism, confirms the need for a more efficient projection of the air service including international/regional, domestic and an original project emerging from the Loyalty Islands.

The main international operator of/to Nouméa-La Tontouta is AIRCALIN (SB), the only airline to serve Wallis and Futuna with 2 or 3 weekly frequencies depending on the season. While the airline crystallizes the criticism of wallisians and Futuniens for their offer (prices and frequencies in particular), it remains the sole guarantor of the Territory’s air opening for several years.

The existing trade agreements between AIRCALIN and QANTAS/AIR NEW ZEALAND allow for the consideration of amplified connections to/from the Australasia area.

During missions in New Caledonia, we wanted to present the project transparently to the local authorities and AIRCALIN in order to favour a cooperative construction of our activities rather than favour a pure competitive approach:

Authorities: Presentation to the President to certain Ministers and their cabinets to explain the extent to which our Company will be able to assist the Historic Operator AIRCALIN towards operational and commercial cooperation for the purpose of redeploying SB fleet to its main markets (AU/NZ). As such, the collateral harms of head-on competition would be avoided, the objective being the intensification of traffic (including Community) enabled by an increase in frequencies and pricing more in line with the expectations of a new Clientele.

A Caledonian tourist population will also be requested, including for short discovery trips or a foreign population registering Wallis and Futuna in an intra-regional circuit.

At this stage, FLY CORALway plans a direct service between Wallis and Nouméa, the company does not identify any proven opportunities for transit via Fiji, leaving the operation of the NOU/NAN route to AIR CALIN which has better mastered its marketing. Moreover, the situation of Futuna’s services and infrastructure (and commercial potential) excludes, to date, a service to Nouméa operated by a regional-type mono-aisle aircraft envisaged.